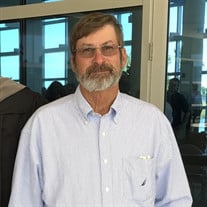 Mr. William Billy Beasley, age 64 of Douglas, passed away early Tuesday morning, April 21, 2020 at his residence following an extended illness. Mr. Beasley was born November 6, 1955 to the late Preston Beasley and the late Doris Eulane Odum Beasley. Other than his parents, he was preceded in death by a sister: Louise Beasley Carver. Mr. Beasley, a native of Coffee County, had been a self-employed carpenter for many years. He attended the First Baptist Church and Douglas Christian Fellowship. Survivors include: 1 Son: Dr. William Levi Beasley of Douglas, GA 8 Siblings: Gladys Medders and husband Lamar of Douglas, GA Homer Beasley and wife Ada Nell of Broxton, GA Herman Beasley and wife Janice of Douglas, GA Tommy Beasley and wife Melcene of Broxton, GA Marie Thompson of Douglas, GA Jenny Adams of Douglas, GA Peggy Williams and husband Alan of Douglas, GA Donnie Beasley and wife Michelle of Ambrose, GA A number of nieces, nephews, cousins and a host of friends. The graveside service and interment were held Thursday morning, April 23, 2020, at 10:00 A. M., at Tanner Cemetery with Rev. Leroy Spivey officiating. Pallbearers for the service were: Donnie Beasley, Warren Brown, Van Grantham, David Lott, Stanley O'Steen and Reggie Gilliard. The hymn “Somewhere Over The Rainbow” was presented at the graveside with violin music being furnished by Anna Grace Grantham and "If You Only Knew" was presented a cappella by the Soloist, Dennis Hersey. Condolences may be left for the family at www.ricketsonfuneralhome.com. Ricketson Funeral Home was in charge of the arrangements.

The family of William Billy Beasley created this Life Tributes page to make it easy to share your memories.

Send flowers to the Beasley family.