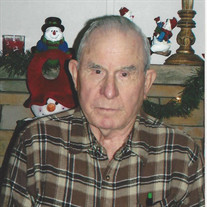 Mr. W. B. “Bill” Teston, age 86, of Douglas, GA passed away Wednesday morning March 8, 2017 at Manor House in Douglas following a short illness. Mr. Teston was born February 1, 1931 to the late Clinton Teston and the late Lizzy Davis Teston. Other than his parents, he was preceded in death by his wife, Lucille Shrouder Teston, 2 Daughters, Sandra K. Kuhn and Nancy Lee Teston, 1 Step-Daughter, Virginia Meeks, Brother, Buster Teston and a Sister, Estelle Tyson, Mr. Teston, a native of Broxton, was a former farmer and he had also worked with Henderson Bakery a number of years ago. He was an avid sportsman. He enjoyed fishing, hunting, camping and cooking for his family. He was a 20 Veteran of the U. S. Air Force, having served during the Vietnam Era and Korean War, as well as being stationed at several other Bases in various countries. Mr. Teston was a member of Church of Christ in Fitzgerald, Ga. Survivors include: 4 Children: Betty Brown of Titusville, FL ; Linda Carter of Baxley, GA Libby Stone and Terry Armstrong both of Douglas, GA 4 Brothers: J. D. Teston, Elton Teston and Clinton Teston, Jr. all of Douglas, GA Huey Campbell of Ft. Pierce, FL 2 Sisters: Lucille Jowers of Douglas, GA ; Barbara Stewart of Ft. Pierce, FL 13 Grandchildren, 22 Great Grandchildren and 3 Great Great Grandchildren. Several Nieces, Nephews, Cousins and a host of Friends. Funeral services were held Sunday, March 12, 2017 at 2:00 P.M. at the Chapel of Ricketson Funeral Home with Rev. Michael Lamb officiating. A Special Eulogy was presented by a daughter, Betty Brown. The interment followed at Reedy Branch Cemetery with Full Military Honors being presented by Personnel from Moody Air Force Base of Valdosta, including the Flag Detail, Casket Bearers, Firing Squad and the Bugler. . Active Pallbearers were: Erin Teston, James Kuhn, Michael Harper, Scott O’Steen, Andrew Hutto and Chad Hutto. Special Musical Selections, “Hymn Of Promise”, “Amazing Grace”, “Heaven Will Surely Be Worth It All”, “I’ll Fly Away”, “Daddy’s Hands”, “Go Rest High On That Mountain”, and “Hallelujah”, were all presented by CD Music. Condolences may be left at www.ricketsonfuneralhome.com. Ricketson Funeral Home was in charge of the arrangements.

The family of W. B. "Bill" Teston created this Life Tributes page to make it easy to share your memories.

Send flowers to the Teston family.