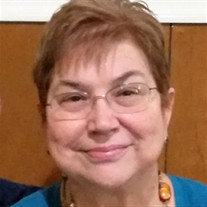 Mrs. Shirley Ann Raper Luke, age 67, of Nicholls, GA passed away Tuesday morning, July 19, 2016 at Coffee Regional Medical Center following an extended illness. Mrs. Luke was born August 22, 1948 to the late Edward Raper, Sr. and the late Haven Solomon Raper Spann. Mrs. Luke, a native of Coffee County, retired from the Coffee County School System after 29 years of service as a Teacher with Ambrose Elementary School. While there she received the honor of being named “Teacher of the Year”. She was a retired Literacy Coach. She attended South Georgia College and Valdosta State University where she received her Bachelor’s Degree in Early Childhood Education. She received her Master’s Degree in Education from Walden University She was preceded in death by a Brother, Edward Raper, Jr., and her Step-Father, Overstreet Spann. Mrs. Luke enjoyed fishing, cooking, working in her yard and spending time around the pool with her family. She was a perfect “Nana”. Mrs. Luke was a devoted member of West Ward Church of God, where she taught Sunday School for many years, and she was the Ladies Ministries President for a number of years. She served the Lord with all of her heart. Her faith never wavered in God through the good times or the bad. Survivors include: Her Husband: Lavawn Luke of Nicholls, GA; 2 Sons: Gregory (Peggy) Luke of Douglas, GA., Christopher (Angela) Luke of Nicholls, GA; 1 Sister: Irene (Gerald) Purvis of Tifton, GA; 3 Grandchildren: Aaron Teston of US Marine Corps, Camp Pendleton, California, Maggie Luke of Nicholls, GA., and Shade Luke of Douglas, GA; Several Nieces, Nephews, Friends and Other Relatives. Funeral Services were held Saturday, July 23, 2016, at 2:00 P.M. at West Ward Church of God with Rev. Leroy Spivey, Rev. W. A. Bingham and Rev. Britt Peavy officiating. The interment followed in St. Luke’s Cemetery in Berrien County. Active Pallbearers were: Caleb Thornton, Shane Cumbass, Brandon Hayes, Kevin Dale Harris, Pender Mazzer, and Bo Lott. Honorary Pallbearers were Members of the Harmony Sunday School Class, and Faculty and Staff of Ambrose Elementary School. Special Musical Selections, “I’m Going To Make It”, presented by Sisters on CD, “It Takes A Mountain”, presented by Rev. Olin Greer, on the Keyboard, “Never Been This Homesick Before”, presented by the Soloist, Adam Vickers, with Rev. Olin Greer, on the Keyboard, ”Will The Circle Be Unbroken”, presented by the Congregation, led by Rev. Britt Peavy, with Rev. Olin Greer, at the Keyboard. “Pre-Lude” and “Post-Lude” soft hymns were rendered by Rev. Olin Greer, on the Keyboard. In Lieu of flowers, the family request contributions to be made to West Ward Church of God Ladies Ministries or West Ward Church of God Mission Fund 700 Ward Street West Douglas, GA 31533. Ricketson Funeral Home was in charge of the arrangements.

The family of Shirley Ann Luke created this Life Tributes page to make it easy to share your memories.

Send flowers to the Luke family.