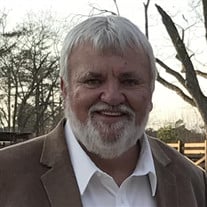 Mr. Richard L. Thurston, age 62 of Douglas, passed away Monday morning, May 2, 2022 at Vista Park following an extended illness. Mr. Thurston was born June 5, 1959 to the late Harry Thurston and the late Marie Smith Thurston. Other than his... View Obituary & Service Information

The family of Richard L. Thurston created this Life Tributes page to make it easy to share your memories.

Send flowers to the Thurston family.