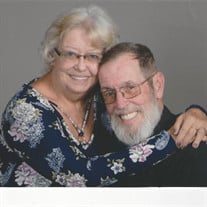 It is with great sadness that we announce the death of Paula Kay Lohmeyer Grant of Nicholls, Georgia, who passed away on February 18, 2021, at the age of 71, leaving to mourn family and friends. Paula was born September 3, 1949, in Washington, Kansas, the daughter of LaVern Ernest and Bonnie Loree Waterman Lohmeyer Underwood. In her grade school years, the family moved to Los Angeles, California, where she grew to adulthood. Paula met the love of her life and on March 9, 1968, Paula and Gene Grant were united in marriage at Zion Lutheran Church in Los Angeles. The marriage was blessed with four children: Cynthia, Edward, Stacy and Kyle. Edward was just a month old when he died. Gene and Paula lost Cindy when she was killed in a convenience store robbery in 1992. The family moved to Douglas, Georgia, in 1989 and have been Georgia residents since. On March 9, 2018, Paula and Gene honored the vows they had committed to fifty years previously at their fiftieth wedding anniversary. Paula mourned the death of Gene on July 15, 2020, and they were reunited in heaven six months later. Her funeral service will be held on their 54th wedding anniversary. Family and friends can send flowers and condolences in memory of the loved one. Leave a sympathy message to the family on the memorial page of Paula Kay Lohmeyer Grant (https://www.ricketsonfuneralhome.com/obituaries/Paula-Kay-Grant/) to pay them a last tribute. She was preceded in death by: her parents, Lavern Ernest Lohmeyer and Bonnie Loree Lohmeyer Underwood; her husband Orvis Gene Grant; her son, Edward Lavern Grant, and her daughter Cynthia Leann Grant Hand. She is survived by: her children, Stacy Dawn Grant and Kyle Andrew Barnes (Audrey) of Nicholls, GA; her grandson Maddox Barnes of Nicholls, GA; her step-sister Cyndy Burr of Aliso Viejo, CA.; and her close friend Laurie Arnold and family. A memorial service will be held on Tuesday, March 9th 2021 at 3:00 PM at the First Baptist Church (124 N Gaskin Ave, Douglas, GA 31533). Pastor Casey Wright will be officiating. Ricketson Funeral Home is in charge of the arrangements.

It is with great sadness that we announce the death of Paula Kay Lohmeyer Grant of Nicholls, Georgia, who passed away on February 18, 2021, at the age of 71, leaving to mourn family and friends. Paula was born September 3, 1949, in Washington,... View Obituary & Service Information

The family of Paula Kay Lohmeyer Grant created this Life Tributes page to make it easy to share your memories.

It is with great sadness that we announce the death of Paula...

Send flowers to the Grant family.