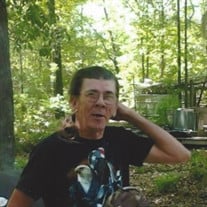 Mr. Howard Lee Roberts, age 64, of Nicholls passed away Wednesday evening, September 9, 2015, at the Coffee Regional Medical Center, following a short illness. He was born November 16, 1950 to the late Woodrow Roberts and the late Ruby Wildes Roberts. Mr. Roberts, a native of Asheville, North Carolina, was a Painter by trade. He had lived in the Nicholls area for several years. He was a U. S. Army Veteran of Vietnam. He enjoyed fishing and working on vehicles. Survivors include: 2 Step-Daughters: Rene Dunell of Easley, South Carolina, and Paula (Leo) Carpenter of Nicholls, Ga.; 1 Step-Son: Wesley Creamer of Uvalda, Ga.; 1 Sister: Cathy (Don) Kelley of Jesup, Ga.; 2 Brothers: Stevie Roberts of Mora, Ga., and Bobby Rogers of Beaumont, Texas. Life Partner of 24 years: Jean Creamer of Nicholls, Ga.; 5 Grandchildren, and 2 Great Grandchildren. Several Nieces, Nephews, Friends, and Other Relatives. Memorial Services were held Saturday morning, September 12, 2015, at 10:00 A. M., at the Chapel of Ricketson Funeral Home, with Eulogies being given by family members. The Inurnment will follow at a later date. Special Musical Selections, “Go Rest High On That Mountain”, and “Drink A Beer”, were presented by CD music. Ricketson Funeral Home was in charge of the Arrangements.

The family of Howard Lee Roberts created this Life Tributes page to make it easy to share your memories.

Send flowers to the Roberts family.