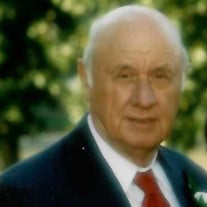 Charles Jackson “Buck” Taylor Sr. September 27, 1930 – June 21, 2022 Mr. Charles Jackson “Buck” Taylor Sr., age 91, passed away on June 21, 2022, at Vista Park Health & Rehabilitation Center, in Douglas, Georgia. He is survived by his sister Delama (Kenny) Willis of Middleburg, Florida, daughter Rebecca (Jimmy) Loftin of Fort Deposit, Alabama, son Charles “Buster” Taylor, Jr. of Mount Carmel, AL, son Lee (Courtney) Taylor of Douglas, GA, son John Heidelberg of Spartanburg, SC, and daughter Katherine McWhorter of Monroe, GA. He is also survived by 10 grandchildren and 8 great-grandchildren. Mr. Taylor was born September 30, 1930, in Coffee County, GA, to John Alvin Taylor and Glynn Smith Taylor. Following the death of his father in 1935, Buck was raised by his paternal uncle and aunt, Oliver Vernon Taylor and Mary Elizabeth “Bessie” Bagley Taylor. He was preceded in death by his wife of twenty-seven years, Freddie Mizell Taylor. He was also preceded in death by his wife of thirty-two years, Ellen Lisa Taylor. In addition to his parents, he was preceded in death by nine siblings, including Iris Taylor Durrance Courson, Evelyn Taylor Goodman, Janell Taylor Harper, Mary Jeanette Taylor Chaney, Delbert Rewis, Dennie Rewis, Darvis Rewis, Faye Rewis, and Darrell Rewis. Buck Taylor grew up in West Green, GA under the roof of his uncle and aunt, Oliver and Bessie Taylor. After graduating high school, he moved to Montgomery, AL and worked for the City of Montgomery. At age twenty, he joined the United States Army during the Korean War and ended his four years of service as a Sergeant. Settling back in Montgomeryand working various jobs including Coca Cola the company, he met and married Freddie Claire Mizell when he was twenty-four years old.He became a faithful member of Davenport Church of Christ where he taught Sunday school and served as song leader.One year later, Buck went to work for Chevron Oil where he retired with the company in 1986 after thirty years of service.While he seemed to be busy enough with work and church he also owned and operated a small pulpwood business, cattle farm and large gardens to raise enough vegetables to feed many. Freddie and Buck had three children before the passing of his wife in 1982. Two years later, he married Ellen Lisa Taylor and moved to Grayson, GA where he went into partnership with a construction and insulation company. He soon became a member of Grayson United Methodist Church where he taught Sunday school for ten years. Buck remained in Grayson for the next 30 years before moving to Douglas, GA shortly after the passing of his second wife in 2016. Known for his unique sense of humor and quick wit, he kept a room entertained making it evident that laughter surrounded him. He believed in the value of hard work and reflected this belief through his strong and consistent work ethic. He loved the Lord, his family, and speaking his mind; leaving a lasting impression not easily forgotten. Although his spirit has gone home, his memory and influence will remain alive for years to come. Visitation will be held Monday, June 27, 2022 from 10:00 AM to 11:00 AM at Leak Memory Chapel. Funeral service will be held on Monday, June 27, 2022 at 11:00 AM at Leak Memory Chapel followed by a committal in Mt. Carmel Cemetery in Mt. Carmel, AL. Serving as pallbearers will be Josh Findley, John L. Goodman, Jr., Taylor Loftin, Manly Morgan, Michael Reeves, and Grayson Taylor. Memorial contributions may be made to: Camp 151 (One Fifty One, Inc., Douglas, GA 31534) or Childhaven, PO Box 2070, Cullman, AL 35056. Ricketson Funeral Home is in charge of the local arrangements.

The family of Charles Jackson "Buck" Taylor Sr. created this Life Tributes page to make it easy to share your memories.